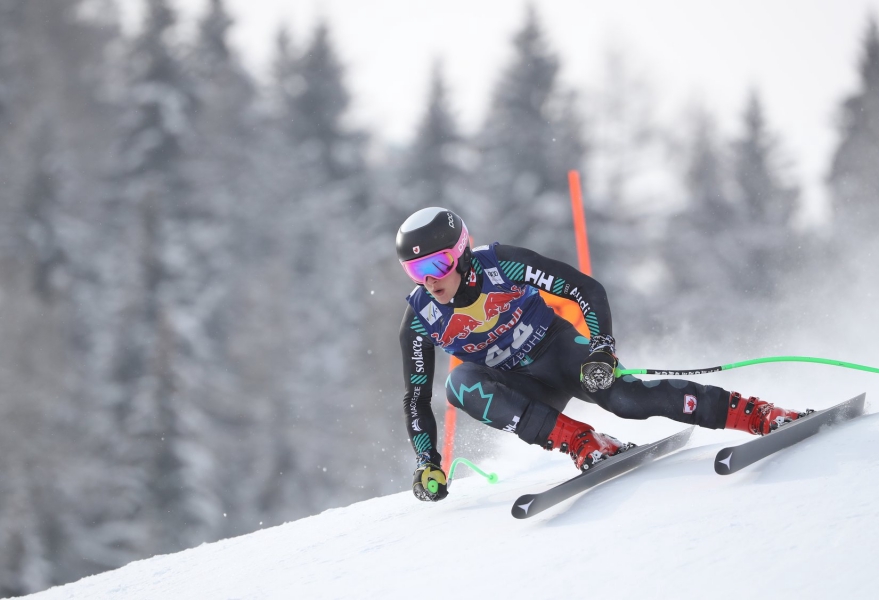 Kitzbuehel, AUT (Jan. 25, 2019) – A weather-related change in schedule saw the legendary Kitzbuehel downhill moved to Friday, and Canadian Alpine Ski Team racers Ben Thomsen, Brodie Seger, and Jack Crawford gave the nation plenty to cheer about as they charged down the Streif.

Thomsen (Invermere, B.C./Windermere Ski Club) was the eighth racer out of the start gate, and laid down a lightning run of one minute, 57.88 seconds – 69 hundredths off the podium. Thomsen ended the day in sixth – his best World Cup downhill result since standing on the podium in 2012, and best-ever finish at Kitzbuehel.

“I’m really happy, but it is a little bit of a bittersweet moment. I was shooting for the podium today, (and) it didn’t quite happen,” said Thomsen after letting the day’s results sink in. “It was close, the skiing was there (but) the competition is also there too. It’s really competitive on the men’s circuit right now.”

Thomsen has posted two top-10s in World Cup downhill action this season, and was second in the first training run on the Streif this week.

The 23-year-old Seger (North Vancouver, BC / Whistler Mountain Ski Club) started 44th as part of the third wave, at which point the light snowfall that plagued some of the second-wave racers had ended and winds had calmed. Seger converted the opportunity into a 16th-place finish to earn his first World Cup top-30.

“That course is a wild ride and I’m really happy with the way I fought my way down,” said Seger who was all smiles as he crossed the finish line. “I knew right away I made a mistake in the middle section, but I kept pushing and I couldn’t be more excited about getting my first world cup points on this legendary hill.”

Crawford (Toronto/Georgian Peaks and Whistler Mountain ski clubs), 21, raced to his best-ever World Cup downhill finish with a 32nd-place result, falling just 22 hundredths out of the top-30. He recorded his first World Cup points on home snow earlier this season in the super-G at Lake Louise, where he finished 27th.

Action resumes at the Hahnenkamm Saturday with the slalom, being streamed live in Canada at AlpineCanada.org/kitzbuehel. The first run starts at 1:30 a.m. MT/3:30 a.m. ET, with the second run scheduled for 4:30 a.m. MT/6:30 a.m. ET. Canada’s men’s speed team will get another chance at the Streif on Sunday when they race in the super-G to close out Kitzbuehel weekend.