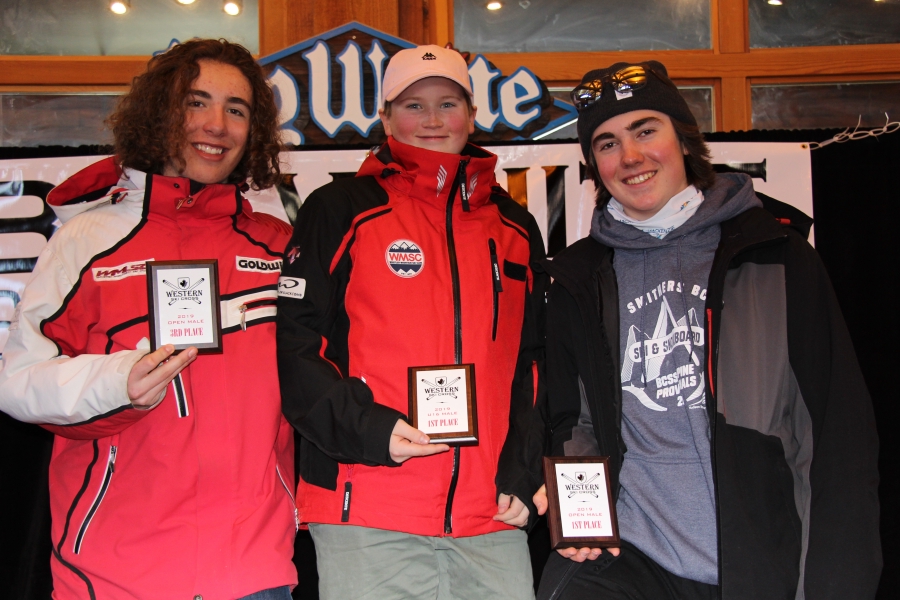 Whistler Mountain Ski Club’s racers finished the Western Canadian Ski Cross Series season in overall top-three positions, including two wins. After the final event of the season at Big White, Jack MacDonald topped the U18 division while Jack Morrow was third, and Nick Katrusiak won the U16 crown.

MacDonald pulled off a win in Saturday’s race before taking sixth on Sunday to help him clinch the overall title. “This one was definitely a bit difficult because I hadn’t been on skis for a while, but I pulled through, so it felt really good to get (the overall title) at the end,” he said. Notably, several more experienced racers from the Alberta Ski Cross team were in attendance, so MacDonald was pleased to still come away with strong results, especially after racing against several of them in NorAm Cup action at Calabogie Peaks, Ont. It was a really cool experience racing them again because I did get to race with them earlier in the season in the NorAm races. I was testing how much I’ve improved over the whole year,” he said. “It was fun competing with them and eventually finding success in the last few races.”

In both the final race at NorAms, where he placed seventh against Chinese, Australian, American and Canadian development team racers, and in recent events, MacDonald said he’s become better at tackling larger courses that he’s more likely to see in the future. “I improved a lot in moving over the features because before this season, I hadn’t had a lot of experience racing on bigger courses with a lot more features, especially out of the start,” he said.

Morrow, meanwhile, overcame illness to perform well, taking second on Saturday and seventh on Sunday. “There were some really good highlights from every race. I had development in every single race,” he said. “This last race, it was the first race where I beat some of the older guys who had been beating me all year, so that was some good development to see there.” Morrow was particularly pleased to get the overall award, considering he attended four of the six events this year, and in one of those, he earned no points.

In the U16 category, Katrusiak took a win on Saturday and a fifth-place on Sunday to put an exclamation point on the overall title, which is all the more impressive given that he is young enough to return to U16 next season. “It was pretty rewarding,” he said. “Going into the season, I had no real expectations other than to have fun doing ski-cross. I knew going into Big White that I was guaranteed the win, but it was still pretty amazing.” In one race in Fernie, Katrusiak raced against not only fellow U16 racers, but U18 competitors as well. He felt it was a good experience and helped to focus his efforts. “I definitely raced a lot of people that are better than me, a lot of older people, and they really put a lot of pressure on me, “ he said. “It’s always good to race against people that are better than you. It’s good practice.”

While Katrusiak hopes to work on his strength and endurance this summer, racing the older athletes encouraged him to work on his craftiness for now. “I knew that they were stronger and I knew that the only way I would beat them is if I was nimble and I snuck through them. I knew I wasn’t going to win out of the start because I knew that because of my lack of strength compared to the, they had a better pull out of the gate,” he said.