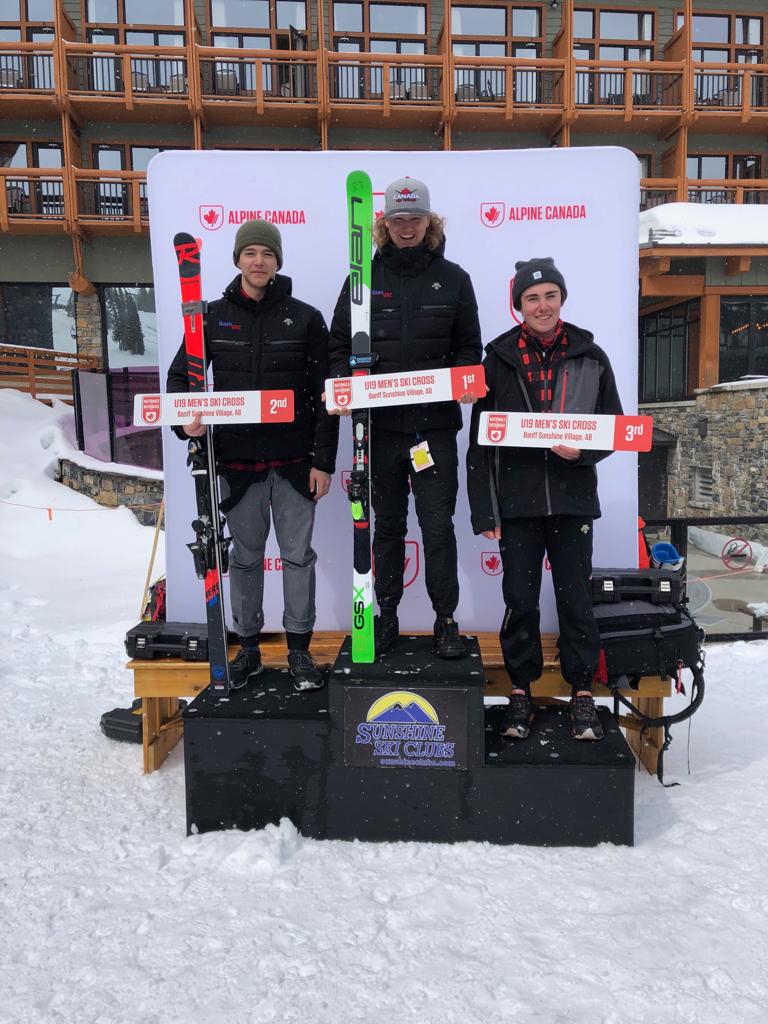 In ladies’ big final action, Sunday’s Nationals’ podium was a carbon copy of Saturday’s NorAm race medallists, with Serwa racing to her second win in as many days. She was joined on the podium by silver-medallist Marielle Thompson (Whistler, B.C./Whistler Mountain Ski Club). Abby McEwen (Edmonton/Sunridge Ski Club) rounded out the podium, finishing third, with India Sherret (Cranbrook, B.C./Kimberley Alpine Team) edged out to take fourth.

“It was really tight racing, [and the] volunteers did an incredible job [with the course],” said Serwa of the feat pulled off to support the coaches in putting on the weekend races. Earlier training at Sunshine this week was under sunny skies, but those were replaced by snowfall and flat light for Saturday and Sunday’s races.

Leman – who was edged into third by up-and-coming teammates Reece Howden (Cultus Lake, B.C./Apex Ski Club) and Gavin Rowell (Prince George, B.C./ABSX) in Saturday’s NorAm race – reclaimed the top spot on the podium for Sunday’s NorAm, which doubled as this year’s Canadian Ski Cross Championship. It was a first Canadian title for Leman.

“It was a good race today, and I’m happy to take the win. It’s my first national title, which is kind of funny because I’ve been on the team for a long time,” said Leman with a smile following the awards presentation. “It’s nice to finish the year strong and healthy.”

The U19 Canadian Ski Cross Champions were also crowned on Sunday. Stepping onto the ladies’ U19 podium were U19 Champion Samantha Carter (11th overall), Kirsten Vincett (12th overall), and Sage Stefani (14th overall). Reece Ralph was the men’s U19 winner and finished eighth overall; he was joined on the podium by Zachary Stanier (16th overall) and Jack Macdonald (WMSC) (3rd U19 – 17th overall). Jack Morrow (WMSC) was 4th U19.

There are no new announcements.