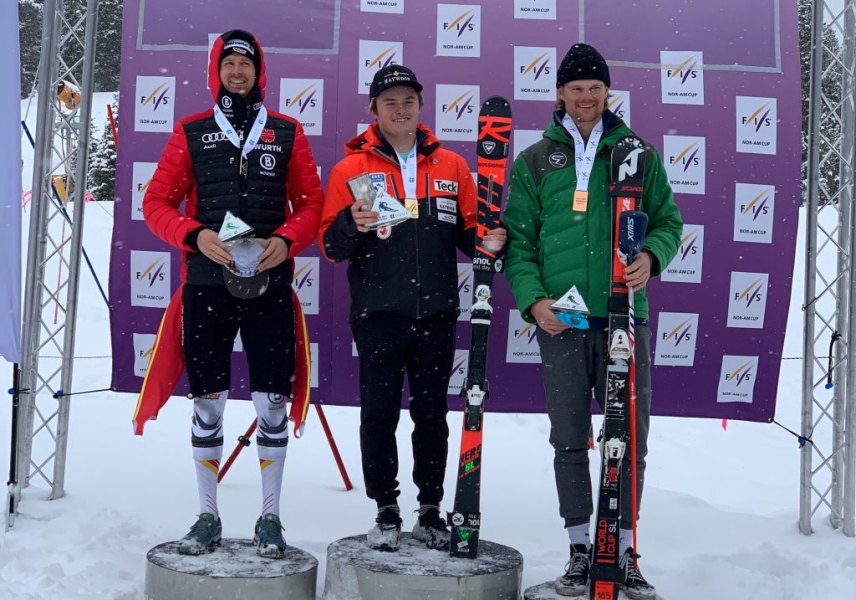 Following two exciting days of women’s NorAm slalom at the new tech venue at Copper Mountain, Colorado, it was the men’s turn to take on the steeps and kick off their season-long quest for NorAm titles and World Cup start spots.

Day two’s racing saw Canadian newcomer Asher Jordan take the surprise win. Jordan came all the way from bib 33 to finish fifth in Thursday’s race and found himself wearing bib one on Friday. The 19-year-old Vancouver native took full advantage of his early start and laid down the fastest time in run one and powered his way to his first NorAm victory by 0.88 seconds over German World Cup winner Stefan Luitz. Vietze landed on his second podium in as many days in third, 0.92 seconds off of Jordan’s pace. Jordan was also the fastest junior on Friday. Ginnis and Ritchie did not finish their first runs.

“I was just thinking top 15 to build off of last year,” Jordan said of his goals heading into the series. “These races completely exceeded my expectations.”

Jordan’s victory on Friday illustrates what makes NorAm racing so special to North American athletes. Every year, it seems, a young athlete comes out of the woodwork to shake things up at the top of the field. Jordan was a member of the Canadian Development Team last season but now skis for BC Alpine after budget struggles within Alpine Canada forced them to slim their rosters this winter.

“It feels good,” he continued. “I wasn’t really sure coming into these couple races, I had some really good pre-season training but I didn’t really change much. I just kind of went with it and came out pretty successful so I’m happy. I think it’s a great start to the season and great lead going into Nakiska. Definitely a career weekend, I’m pretty stoked.”

Asher also now leads the NorAm slalom standings with 145 points and will wear the red leader’s bib at the next slalom races in Nakiska, Canada, next month.