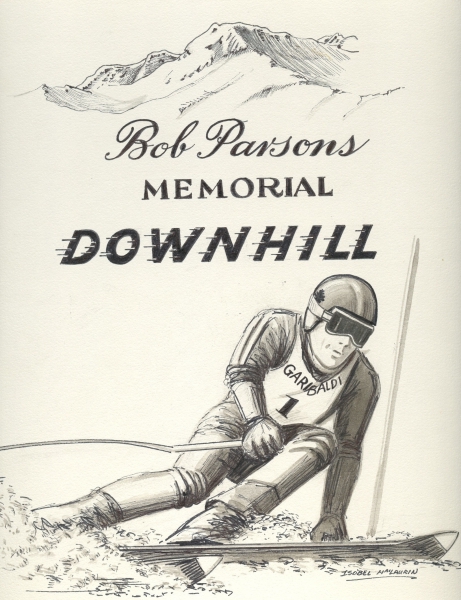 It’s Safety Net Set Time Again – 40th Annual Parsons Memorial Race
Please join us at 9:00 a.m. Sunday March 3rd for the safety net set for the upcoming Parsons Memorial Race. While some nets remain in place from the BC Cup FIS Races, more netting is required. With lots of volunteers, the work will be completed in a few hours. Please come out and ensure a safe training and racing environment for all our athletes.

Volunteers Needed for the 40th Annual Parsons Memorial Race – March 7-10, 2019
Please come out and volunteer for one of the Whistler Mountain Ski Club’s longest running races! The Bob Parsons Memorial race is named in memory of the late Bob Parsons. Born and raised in Vancouver, BC, he began skiing in the late 1940s with his older brother Stan. They both raced on Hollyburn and Seymour Mountains, competing in jumping, nordic and downhill skiing.
The Parsons family became members of the Whistler Mtn Ski Club in the late 60s. As the Parsons children became involved in ski racing, Bob traveled from race to race helping in course preparation and setup. He formed and led the infamous Weasel Workers who were named after the Weasel section of the downhill. Bob Parsons was committed to junior ski racing and saw the need for junior skiers to have the opportunity to race downhill. This race has been held on the Whistler Back Bowl, Dave Murray Downhill, Green Acres, Blackcomb Panorama/Cloud Nine and the Dave Murray National Training centre (Raven/Ptarmigan).
Jim Parsons (current WMSC U16 coach) was the winner of the first memorial DH in 1980 followed closely by Rob Lahti (current Hemlock coach), and Chris Leighton (Parsons) is the administrator at WMSC.
This season’s race is March 7-10, 2019 on the Dave Murray National Training Centre on Raven Ptarmigan. Please come out and lend a hand at this historic race. Volunteers are especially needed on Saturday and Sunday (March 9 and 10). It’s a great opportunity to gain some experience at a Super G and Alpine Combined race.
Email Abbie to sign up – volunteer@wmsc.info