In the eyes of an athlete: Kimberley FIS Speed Race - The Dreadnaught. 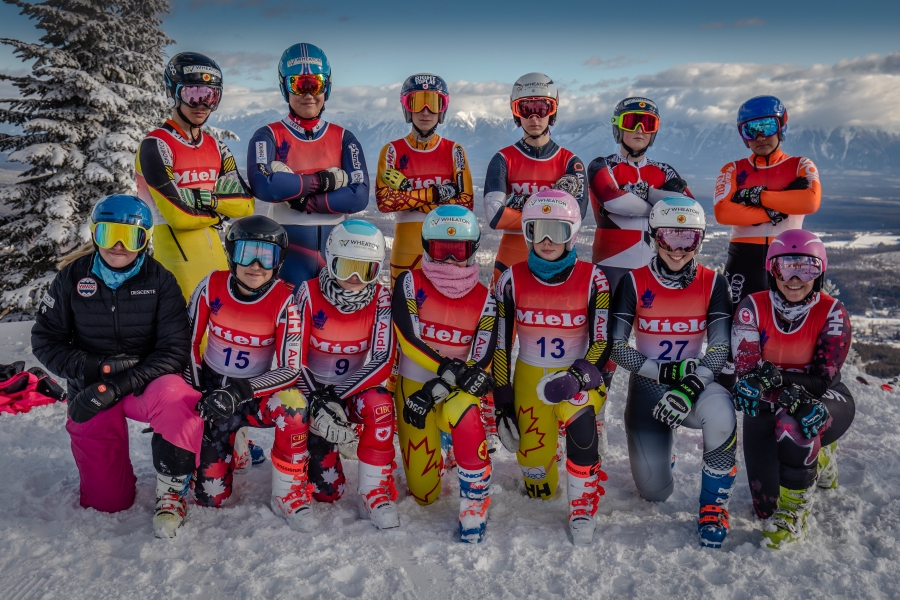 This race was many of our first time not only wearing Downhill skis but racing on them too. Those who had gone to Kimberly in previous years knew to expect a gentle, welcoming mountain and course, it did not disappoint that assumption this year. During the week and a half of speed, the team was faced with some interesting conditions. Periods of fog, sun, cold, warmth, humidity, dryness, and of course, snow (a given since we were at a SPEED RACE) passed through Kimberly during our stay.

We were particularly fortunate this trip to stay in a house. I cannot speak to how the boys’ accommodations faired but I heard that they were just as plush as our 4 story home. There were five of us staying in the house, asides from the coaches in the basement suite, and fittingly there were five bedrooms. Since Gemma made the long drive instead of flying she got to the house first and got dibs on the nicest room which was secluded from the rest of the house on its own floor. It was also fitted with its own living area, bathroom, and two walk in closets.
In the middle of the series, two of our athletes, Gigi and Shunho, managed to bend their downhill skis into something resembling hockey sticks. This was the result of two pretty nasty looking crashes but fortunately nobody was hurt (except the skis) and they were able to continue racing. Our Maja Woolley pulled up for one night only and went back home after scoring some good placing in the night slalom, unfortunately she left before awards. In an awkward position of trying to take the award to pass it to Maja and being mistaken for Maja herself, Julia Ross did her best to impersonate her as convincingly as possible to avoid further issues. I am honestly astonished that the hosts believed her enough to give the medal without questioning if she was Maja, despite that the entire audience was in fits of laughter.
There was a lot of good helping happening in the dream team, jacket carrying and support aplenty. It seemed like everyone got along and there was no shortage of congratulations and radio reports for all. This was clearly seen when we had to load and unload the truck at the beginning and end of every day together. One of us usually volunteered to climb into the back of the truck and, in an awkward kneeling position, remove the skis, bags, poles and burrito bags from the back. We had 14 athletes, and had to bring from two to three pairs of skis each, the day of the night slalom we had to bring all five. With some simple math you can figure out that this adds up pretty fast. Teamwork was essential to get all of this gear out if any of us wanted to be on time. The situation got a little easier when the boys started to leave their stuff in the tuning room in the conference center.
This trip was a great experience for me, my first time ever racing downhill is going to be a memory that I keep with me for many years to come. Kimberly was absolutely beautiful this trip and everyone seemed really caring, I can’t wait to come back next year for some more speed and air time. Thank you Kimberly, and thank you coaches for giving me the experience.
By Freya Jumonville – First Year U18 Athlete WMSC