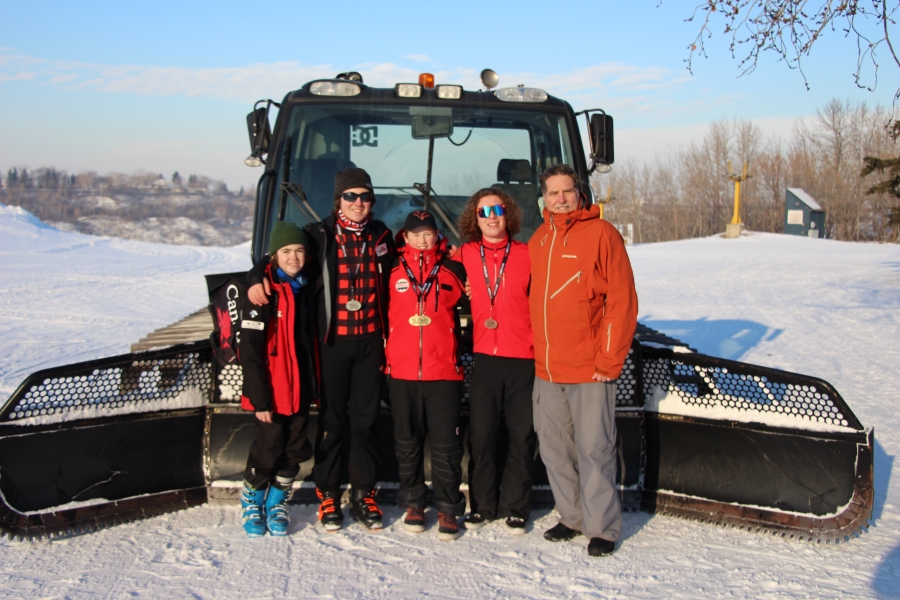 Cameron MacDonald (U14), Nick Katrusiak (U16), Jack MacDonald (U18/FIS) and Jack Morrow (U18/FIS) attended the series opener for the Western Ski Cross Series and a FIS Ski Cross event held at Sunridge Ski Area in Edmonton, AB on January 12 & 13. The weather couldn’t have been better, sunny and clear with a great track set down for exciting ski-cross action. On the first day, Canada’s ski-cross development team were in attendance for 2 FIS races, making stiff competition and no podium shot for the two Jacks who have just graduated to FIS racing this year. They both faired better the next day in the Western Ski Cross U18 race where Jack MacDonald won silver and Jack Morrow brought home the bronze.

Nick Katrusiak captured gold in both the U16 races, “It was worth the trip to Edmonton for the race. It was really well organized and a lot of fun! Everyone was there to race and win, but the kids were all really nice.”

Cameron MacDonald faced a huge field of keen U14 athletes and was unable to make it to the podium this time round. Many thanks to Dad – Jack Morrow who organized the kids and coached them through the weekend.

Jack Morrow and Jack MacDonald are now headed east to compete in a number of races FIS and U18 races starting with a Ski Cross Nor Am at Calabogie Peaks in Ontario. Good Luck boys!